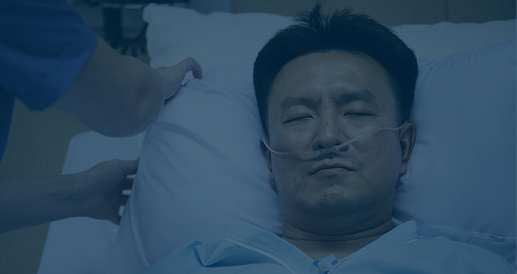 Longer: A story of long-term growth and substitution in Chinese Healthcare

China is the second largest healthcare market globally after the US.

Over the past two decades the sector has grown at a compound rate of 17% and this trend is expected to continue, driven by rising incomes, an aging population and growing prevalence of chronic diseases attributed to demographic and lifestyle changes. The domestic healthcare industry will, we think, benefit, expanding its market share of total spending based on enhanced competitiveness and a more benign environment for innovation.

Healthcare has been a long-time key issue on the government agenda. The pandemic outbreak this year stresses the urgency to prioritise this commitment as China already has the largest absolute number of elderly population, with over 167 million people over the age of 65 currently, and projected to reach over 200 million by 2025, according to World Bank data. It has also raised individual consumer awareness of the importance to maintain their personal wellbeing, and demand better quality care provisions from their government.

And while expenditure has grown substantially since the first opening up of China’s economy in the late 1970s, it is still well below the OECD average on both % of GDP (6.4% vs. 9.0%) and per capita spending (ranking 92nd globally). The domestic healthcare system serving its 1.4 billion citizens is far from perfect, and the state is in a race against time to implement policy reforms and put in place critical infrastructure before the financial burden becomes unsustainable, and foster a heightened risk of social instability.

The blueprint of the government’s ‘Healthy China 2030’ sets out targets to improve health service access, capacity, and quality, whilst striking a balance with affordability through a series of major nationwide infrastructure expansion and upgrades.

The Chinese healthcare industry has historically been dominated by generic drug-makers (c.90%) and low cost manufacturers, with minimal incentives to conduct their own R&D. Many of those ‘me too’ companies will face existential threat as the regulators are systematically eradicating low quality duplicate generics from the market along with its manufacturers via large-scale rounds of state mandated bio-equivalence testing. The medtech sector is next in line to face similar challenges. Innovation is therefore becoming ever more critical to ensure survival.

The government hopes to cultivate local winners and encourage innovation.

Pharmaceuticals, biotechnology, and high-performance medical devices are identified as strategic development areas as part of the ‘Made in China 2025’ initiative. The objective is to achieve a higher proportion of import substitution in local health institutions.

Like China’s tech sector, there are signs that the domestic healthcare companies are gradually moving up the value chain, particularly in the emerging areas of biotechnology/biopharmaceuticals, where companies are already churning out concrete advances in CAR-T, PD-1, and genomics. The area of telehealth also observed rapid adoption even before the COVID-19 outbreak, facilitated by China’s leadership in AI and big data, close integration with big tech companies (Ping An/Alibaba/Tencent), and a large population of >800 million mobile savvy netizens that are keen to embrace new technologies.

Local players will be able to find success through identifying gaps in China’s market and tailor product features to suit its unique demands, with added advantages in production flexibility due to their proximity to the supply chain. These businesses enjoy high domestic market shares with strong brand recognition among customers. Some are starting to penetrate the premium segment, where multinationals have been positioned, through consistent R&D and pipeline introductions. Companies like Shenzhen Mindray, the largest Chinese medical devices conglomerate, is an example of this, and have managed to replicate their domestic success in overseas markets.

On the healthcare service side, one category that have surfaced is the local CMO/CRO players, again an area historically dominated by foreign companies. They are essentially outsourcers, performing lab research and clinical trials functions for both domestic and multinational pharma/biotech companies, and are key beneficiaries of increased R&D spending. Wuxi Apptec and Hangzhou Tigermed are two such businesses that have gained strong reputation through high quality execution at reasonable prices, adding value through helping their clients to expedite their drugs to market.

In the Pacific strategy, healthcare is our second largest sector exposure. We access China’s healthcare market through a number of high quality medical device makers and service providers. These subsectors are generally more stable with understandable business and industry structures, compared to large pharma and biotech companies that are often complex and carry higher risks of binary outcomes.

China’s healthcare industry is growing at 3-4x the rate of the global average, and we expect it to remain one of the fastest growing and dynamic markets globally. The triple drivers of rising demand, government support and exponential advances in innovation will continue to support this structural trend over the long-term.