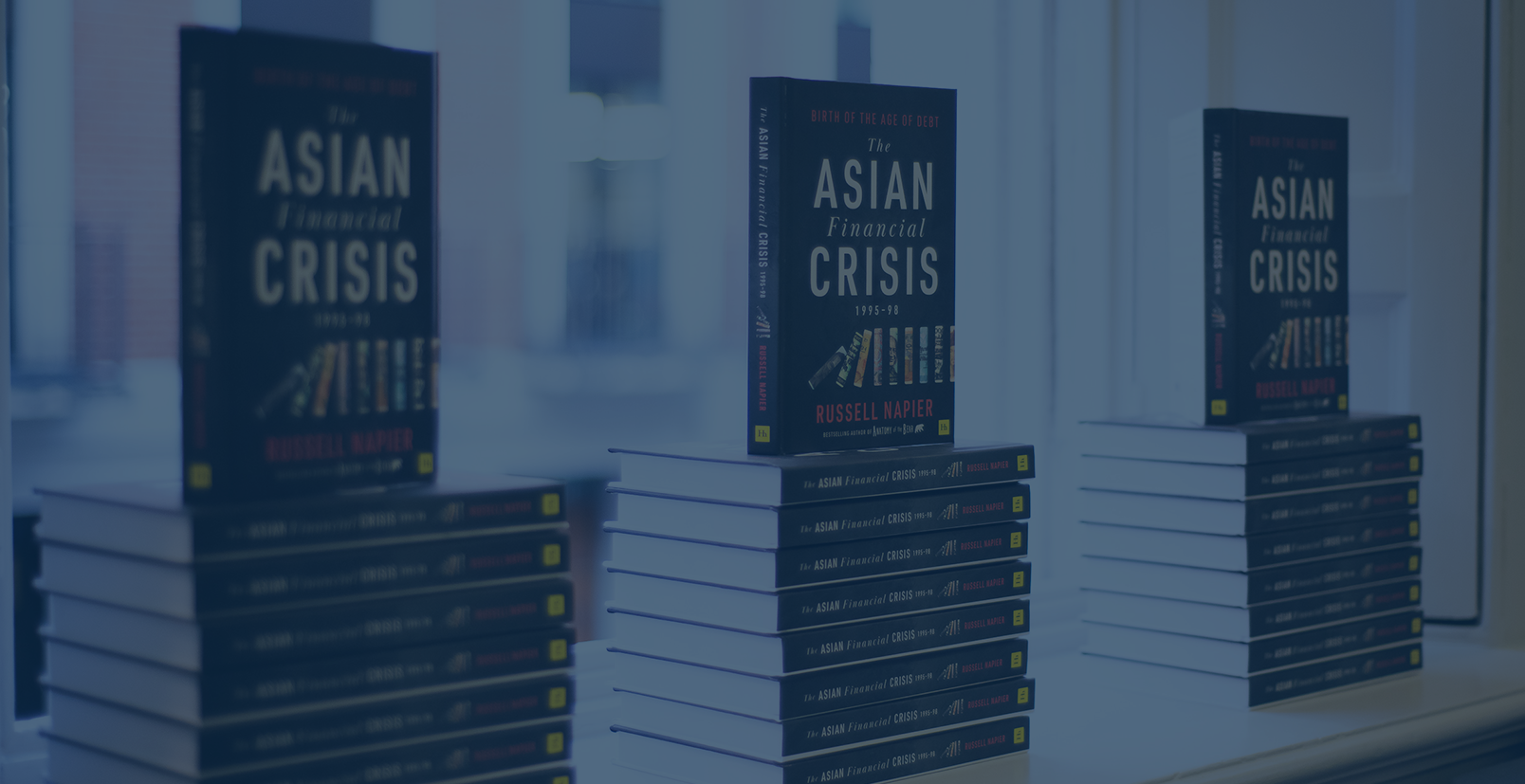 On Wednesday 6th October, we celebrated the launch of Russell Napier’s new book.

Titled ‘The Asian Financial Crisis 1995-1998: Birth of the Age of Debt, the book charts Russell’s personal journey during the crisis as he wrote daily for institutional investors about an increasingly uncertain future. Relying on contemporaneous commentary, it charts the mistakes and successes of investors in the battle for investment survival in Asia from 1995–98, focussing on the clash of business cultures and why the post crisis settlement created the age of debt.

Russell gave a summary of his new book and its relevance to today’s macroeconomic environment. The highlights he touched upon included;

– The authorities’ reactions to successive crises (Asia, LTCM, Russia) and how that heralded an era of super low interest rates and the consequent building of enormous debt balances

On the evening we were also joined by some local food and drink suppliers including Black Book Winery, Springs’ Salmon, Paxton & Whitfield, Oystermeister and Seven Cherries.

We were delighted to see so many faces back in the office, many of whom were working in Asia during the period.

A picture gallery of the evening can be viewed here.