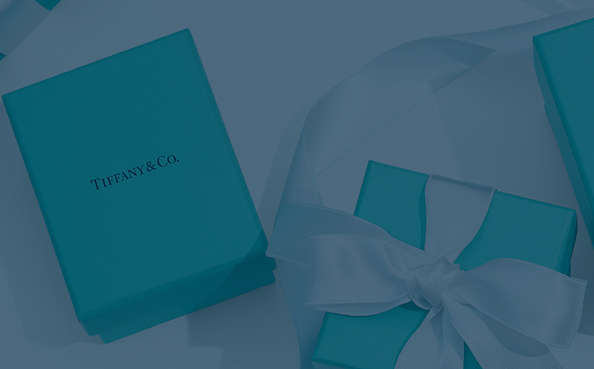 LVMH/Tiffany – a case of buyer’s remorse?

When the Parisian luxury goods conglomerate LVMH announced its engagement with the American jeweller Tiffany & Co. on the 25th November 2019, the market greeted the news with enthusiasm.

The largest deal in the luxury sector came with a rich price tag of US$16.2bn ($135 per share), a price equivalent to four years of Tiffany’s sales. However, just a few weeks after the announcement, Covid-19 became a global health and economic crisis with the luxury and travel sectors facing some of the worst effects.

By March, the prolonged realities of the pandemic set in and with it a probable case of buyer’s remorse. Tiffany went from profit to loss in the first half as its retail stores closed worldwide, its share price dropped to $103, despite the practical underpinning of the share offer. Following 10 months of bitter exchanges and attempts to delay consummation of the deal, the two houses finally settled on a revised lower price of $131.5 per share, representing a reduction in consideration of circa US$430mn versus the prior offer. Whether the 2.6% discount was worth all the trouble is a question that many around M. Arnault will have thought if not said. Ultimately, the drafting proved too robust for LVMH’s inelegant chicanery.

LVMH’s original motivation to acquire Tiffany stems from the desire to build up their so called “hard luxury” portfolio, which is an under-represented segment in the Group where their Watches & Jewellery division accounts for <10% of total revenues in 2019. This segment makes up roughly 20% of the luxury market and is faster growing. The Tiffany acquisition allows the conglomerate to compete head-to-head with its Swiss peer Richemont, owner of Cartier and Van Cleef & Arpels.

Tiffany’s heritage (founded in 1837) and brand identity with its iconic blue boxes makes an attractive target for the French conglomerate.

Despite having a more middle market image compared to its 2011 acquisition of Bulgari, Tiffany, like Bulgari at the time, is in need of a brand and executive makeover to restore its lustre. Sales have languished (+1.9% revenue CAGR over the last five years), underperforming the wider luxury market. The importance of brand resilience was on full display in 2020. Top tier brands retained pricing power despite declines in volume, with a number of them raising prices (some on more than one occasion) by 5-25% across product lines over the course of 2020, while brands with less value attached to them suffered.

LVMH is hoping to replicate the successful turnaround story of Bulgari, where it installed new management, pushed its brand positioning upmarket and expanded its footprint globally. Sales doubled and profits multiplied five-fold in decade after its takeover. In a similar fashion, LVMH swiftly appointed two new executives at Tiffany with good credentials in retail & marketing: Anthony Ledru (former executive at Tiffany, headed Louis Vuitton’s jewellery category since 2014) to take over as chief executive and son Alexandre Arnault as his number two. Alexandre had been at Rimowa since 2016 where he and colleagues had very successfully revamped the brand through innovation and cross collaborations with, for example, Supreme & Dior. These injections of key staff signalled LVMH’s intentions.

While luxury is not a sector that offers automatic synergies on the front-end, brands operating under a conglomerate umbrella with scale can however benefit from resources and negotiating power on the operating side. This includes more favourable terms for rent agreements (as luxury boutiques need to occupy prime real estate), advertising rates, as well as tech and logistics support to execute global expansion plans and e-commerce strategy. Digital strategies are becoming increasingly important, particularly in the era of Covid-19 and when physical stores are forced to close worldwide and mainland Chinese tourists that had made up 35% of sales are no longer travelling.

This drama-filled acquisition was completed on 7th January 2021.

Arnault has built a track record of successful M&As over the three decades. His decentralised management style gives creative directors enough artistic reign to curate their brands whilst alleviating the pressure on individual houses to divulge financials on a regular basis, given LVMH does not disclose performance of individual houses. It remains to be seen whether Tiffany will integrate smoothly as the 76th Maison of the Group without major culture shocks. Clearly the task at hand for the executive team is made harder by the current global climate. There is the crisis to manage but there will also be the rebound to manage as well.