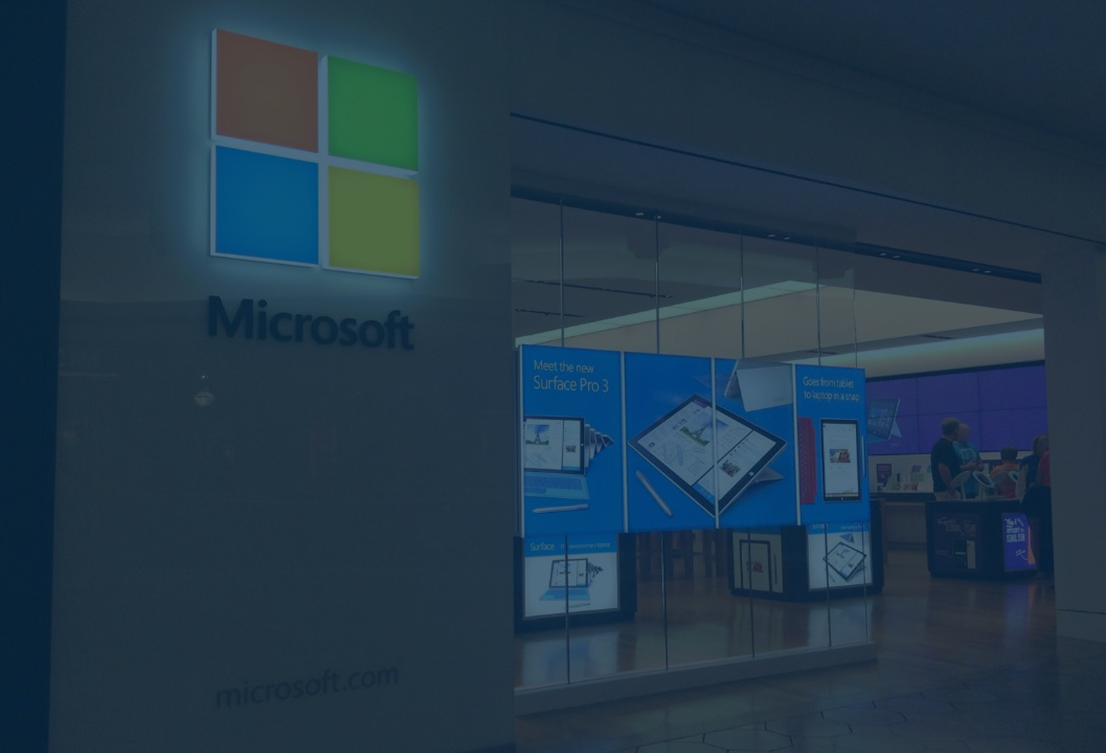 “Whatever happened to Microsoft?” the Guardian mused in August 2012.

In some respects, this might have appeared an odd question. The company dominated the PC market via Office and Windows, while it also led in the corporate server market. At a market cap of US$220bn the company was still one of the biggest in the world.

However, while its core business was nigh-on impregnable, strategic missteps had left it on the side lines of key consumer trends, most notably the smartphone and social media. In 2012, the iPhone brought in more revenue than all of Microsoft’s products. While the group held a small stake in Facebook its participation in the secular megatrend of interconnectedness was minimal. The most damaging factor was the speed of change. Apple had created the smartphone market from nowhere only 5 years earlier; Microsoft’s Steve Ballmer infamously declared at the time it had “no chance”. Facebook was about to welcome its billionth user 6 years after launch. Microsoft’s reaction function was to chase the pack, in all directions. The group embarked a series of misadventures including, acquiring Nokia for €7bn.

This flailing added to the perception that Microsoft was a yesterday company. As the Guardian pointedly put it, “Microsoft was once an incredibly rich, smart, agile, innovative, competitive and aggressive company. Today only the cash reserves and the aggression, personified by its current CEO Steve Ballmer, remain”.

Microsoft, in its current state, is at once familiar and unrecognisable. The business has leveraged the dense network power of its core dominance in home and office computing to push hard into the provision of commercial cloud services. Azure, its cloud infrastructure business, now accounts for one third of revenues, and by market share is second only to Amazon Web Services. The complexity of migrating commercial workloads in full to the cloud has created enhanced demand for a hybrid environment of public cloud and physical server. This has brought the legacy Windows server business into play. Microsoft is the only leading cloud provider capable of providing hybrid environments, which are likely to become the dominant cloud paradigm.

In a 2018 a survey of corporate CIOs by JPM Microsoft was far and away the most ‘critical’ cloud platform, polling 10 points ahead of Amazon.

The reversal in Microsoft’s fortunes can be traced back to the appointment of Satya Nadella as CEO in 2014, following the retirement of Steve Ballmer. Mr Nadella joined Microsoft in 1992 and worked his way up to a variety of business and leadership roles across multiple product lines. The business he inherited had many of the tools required in its locker. The problem was the locker also held a clutter of other expensive, less useful tools. What Mr Nadella brought was a singular vision focused around the cloud, a business which he had helped build in his previous role. He also led a rapid process of portfolio management, selling Nokia after taking a full write down and acquiring strategic businesses in LinkedIn and GitHub.

The second critical shift has been to move the company culture towards a more collaborative, open stance. Microsoft was historically an active opponent of open source, seen by most independent developers as Enemy #1. Mr Nadella has emphasised user experience over short term market share partnering with a number of rivals to integrate Microsoft products onto their platforms. This flies directly in the face of the jealous protectionism of the past, but creates a more flexible and faster growing business at the other end.

We have been assessing Microsoft as a potential inclusion in Global Leaders for a number of years. The businesses we seek to own need to display convincing proof of concept in their core business. The early phase of this rejuvenation of the business was transitional and it is our view that the runway for growth is a long one. The disruption potential for commercial cloud is vast. Only 14% of the market has been penetrated with some US$630bn to play for, according to GS. Microsoft is uniquely positioned to benefit given its hybrid offering. At the user interface its Office product offers a compelling path of least resistance that allows the company to replicate and repel new entrants. Slack represents a case in point. The much-hyped work chat unicorn is now public with a market cap of US$15bn, 10x revenues. But it makes no money, its most recent financials showed an operating loss of US$166mn. Microsoft’s response was Teams, which effectively offers the same sharing function but is integrated for free into the interface for the Microsoft 365 user. Eventually Slack will have to charge for its services tipping the balance further towards Microsoft. This incumbency effect helps perpetuate a wide moat around the business, giving Microsoft time to respond to disruptive new challengers as they emerge.