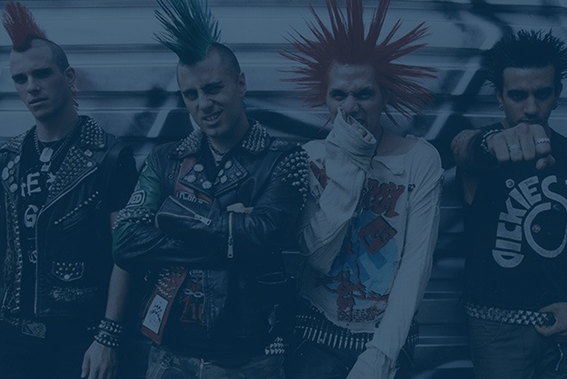 The recently announced trial results for the Johnson & Johnson/Janssen vaccine was met with disappointment in some quarters.

It was noted that the efficacy was just 66%. That headline number misses several points (notably its effectiveness in helping prevent severe illness and death) as well as the main point. For here we have an adequately effective vaccine that can be made at scale, kept for months in a normal refrigerator and operates as a single dose. It may prove to be the pre-eminent virus buster, on a global scale. We own J&J in portfolios but not on account of its work on this vaccine. It is not a meaningful factor in our overall thesis for the share.

A year-ago we wrote about the prevalence of the R factor in describing infection spread. Once the sole province of statisticians, it now appears on the nightly news. Curves abound and one of the bigger challenges has been to recall the underlying mathematics. Between linear (straight line) and J curve (hockey stick) lies the logistic curve, better known as the S curve, which best describes infections allowed to run their course.

Widespread vaccination will re-shape the S and the future looks better. As sections of populations receive protection, the transmissible power of the virus will be blunted. And whilst we operate our own personal calculus of risk on this matter, the overall effect will begin to trend to the positive.

We are optimistic with respect to economic recovery both in the UK and globally. This optimism is based on the effect of vaccines, today’s and future modifications of, but also the belief that human beings, en masse, will wish to retain some of the new ways of consuming and working, whilst also gravitating back to the activities we have been denied: travel, entertainment, festivals, music events and the like.

If this proves to be so, then we will see some remarkable growth rates in activity and spending. But what might this mean for financial assets which have performed very well in the shadow of the Global Financial Crisis and during the pandemic?

There is an uncomfortable conundrum to consider. Stock markets love recessionary policy settings and broadly speaking that is what we have had since the Global Financial Crisis. The policies that followed 2008 have co-joined with the responses of 2020 to create an abnormal normal. A university graduate beginning work in 2008 will now be approaching their mid-thirties and will have experienced no other economic policy background (unless they happen to have graduated in North Korea, Venezuela or Zimbabwe).

The new broom in Washington DC, President Biden, has appointed Janet Yellen as his Treasury Secretary. Less than three years ago she was the chair of governors of the Federal Reserve, a seat now occupied by Jerome “Jay” Powell, who was appointed by President Trump to replace her. Linguistically speaking, Janet is chiming with Jerome, both favouring pithy words. In fact, the same word: “big”.

On March 26th 2020, Powell told Nancy Pelosi “Interest rates are as low as they’ll ever be. Think big.” On January 19th of this year Yellen told the Senate Finance Committee in her nomination hearing: “Neither the President-elect, nor I, propose this relief package without an appreciation for the country’s debt burden, but right now, with interest rates at historic lows, the smartest thing we can do is act big.”

It would be hard to contemplate the alternative. Imagine if she had said “It’s smart to act small“?

Financial historians have been parsing the mistakes of former Fed Governor Greenspan (who served from 1987 to 2006) pointing out his intellectual arrogance in not considering other outcomes and secondary consequences. Alan didn’t see the bubbles he was helping to inflate. Could Janet and Jay be doing an Alan?

The other “tell” in Janet Yellen’s words might be that fiscal policies require interest rates to remain very low, so policy on those will likely be sticky for a while.

Another fascinating development to witness over the next few years relates to bond yields which provide the structure of all corporate finance. For whilst the Fed controls short term rates, it can influence but not control bond yields, despite the common conception that QE holds them in a vice. It remains our view that long term bond yields will be responsive to any change in inflation expectations and therefore also any changes to the Janet & Jay lexicon.

Could going big coincide with the great reopening and then create inflation?

This is question of the day for asset allocators who know, as sure as apples is apples, that any sizeable inflation is not good for tradable financial asset prices.

Our view on this, for now, is that we do not expect a general inflation of consequence in the near term. General inflations need to be distinguished from specific inflations – which we are already seeing in freight rates, microchip prices and Cotswolds staycations and presumably will see in other prices as reopening gathers pace. General inflations need a big root cause which is normally provided by supply disruptions, not demand increases. Trump’s trade wars, when all is said and done, were more a series of tactical skirmishes than a significant regime change. But this view on inflation is mutable and adaptive. We have passed out of the 25-year period where China’s manufacturing boom drove out inflation. We have experienced a second great push on the internet with its skill in displaying price comparisons and shortening lead times. If anything, the bias in expectations should be upward not downward on inflation.

Richard Chenevix Trench, who sits on the firm’s Investment Committee, asked the question recently as to whether there was some connection between Working From Home and the evanescence in stocks. What will happen when furloughed traders find something else to do? Economists speak of a draw on liquidity from financial assets to productive activity.

There is plenty of evidence of the growth in speculative activity. The online brokerage Robinhood had to turn to its venture capital backers for more working capital to its customers’ activities in a narrow range of stocks. Robinhood meets the zeitgeist of easy and cheap access, networked into social media with bizarre philosophical underpinnings of a 21st Century punk. The countercultures of the 1960s and ‘70s had a dim view of money making for money making’s sake. Money is at the centre of this putative counterculture. If bitcoin traded at a dollar, what would be the point of it?

It doesn’t look truly punky. As Merryn Somerset Webb wrote recently in the Financial Times: “It’s not about The Man. It’s about the money”. Asked to reflect on the original movement, Billy Idol said: “part of the punk attitude was that you should project…through your whole body, show your personality as much as possible.”

That’s quite hard to do from your terminal.