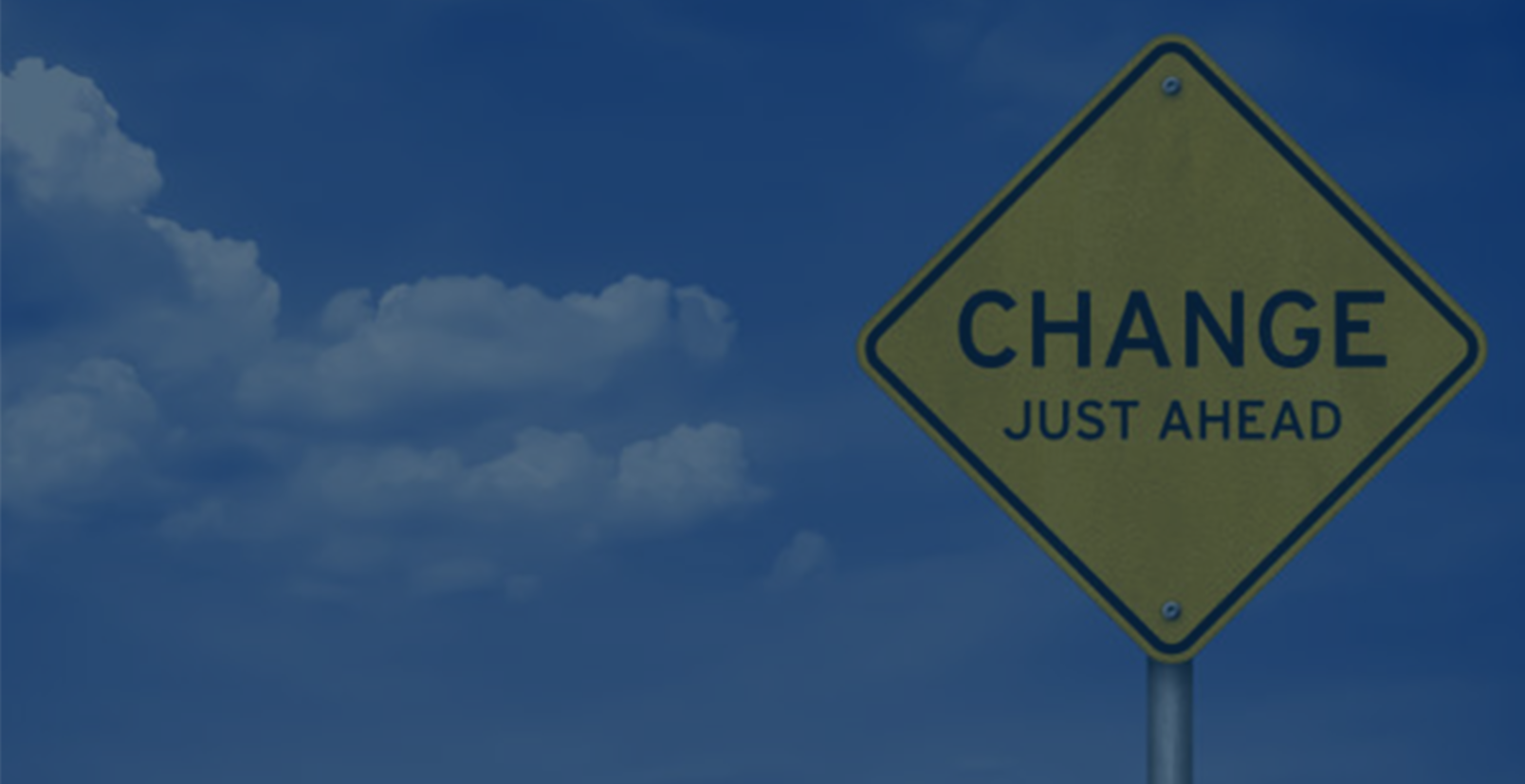 What shall we do with the Humans?

Hopefully the next three years will be notably different from the last three. But it won’t be like it used to be either. Human nature resists change, yet we know that change is the only constant. Most of us conduct our lives on the basis that next month or year will be somewhat similar to the present, barring those changes which we plan or where we know there are other plans even if we didn’t make them. But looking back over the decades it’s perfectly obvious that the vast majority of major shifts in the world were not planned and way beyond our control.

I started my interaction with the digital age in 1982 when my brother and I bought an Acorn BBC computer with 400k of memory (!) and using the BASIC language we were taught at school, wrote a program to plot gold and stock prices, and then actually print it.  Programming the printer was by far the hardest bit. No plug and play then….write your own driver was the order of the day. Thirty years later, sitting in my office some years ago I was looking at the automation of ‘rules based’ back-office processes and wondering whether the days of the back office administrator were limited. Within a year or two, UIPath, Blue Prism and others had introduced Robotic Process Automation and in the blink of an eye an incredibly competitive turf war began as new RPA software eviscerated back office employment and functions all over the financial sector were automated by software robotic processes.

At the time around 2014, there was much talk about what robotics, SasS and AI would do to employment, but as we can see today employment changed, but there was not less of it, just more differentiation in reward. Some humans found themselves pushed into the gig economy, areas where human skills were not easily replaceable, but nor were they significantly valued. Just last week, the legal blogger David Allen Green pointed out the close philosophical similarity between drafting laws and writing computer code, in that each clause must ‘fit’ with all previous clauses before it. If it doesn’t there’s a bug….and I would bet that automated legal software and debugging is well on the way to sophistication even if I don’t know anything about the subject. Just as the pandemic has forced us to completely reorder our lives and adopt new concepts, the very process of adoption and change drives further acceleration and innovation in an extraordinary leap forward. What is happening to us, and how should we respond?

The fact is that we are living in the accelerating phase of a digital revolution as large as, and at least as profound, as the industrial revolution. And we cannot see and have little idea where it will lead. Furthermore, it is in all probability, still in its infancy after 25 years. Change led by digital initiatives will impact every single part of human existence, and often the planet itself including its ecosphere. We think we have identified several key areas where the rate of progress is particularly aggressive:

Energy initiatives: From green power to wholesale changes in the way we generate, utilise, store, distribute and think about energy.

Molecular engineering, genetic manipulation and cell design and function: Recently demonstrated to the public with the mRNA vaccines, this vast field will massively impact everything from medicine and human biology to protein production and the production of food. We are at the embryonic stage of infancy here. The potential is extraordinary. Beyond Meat, the leader in plant-based meat alternative foods will grow sales to ca $470m this year but that is still only 0.35% of the global meat market. Lab grown meat will soon follow and food production will enter the sort of upgrade and improvement cycles that are typical of technology driven industries. The synthetic meat or protein market may could grow by 30X in the next decade, as the benefits to health, environment and food security become compelling.

Blockchain: Possibly one of the most profound developments in computing since the start of the internet, the efficiency of processes, transfers, copyright, and the ownership of creativity are about to be catapulted forward with whole industries of middlemen about to find themselves bypassed. Thus far in human history reward has gravitated toward the centre in commerce and power. Blockchain reverses that process by decentralising power.

Space: Once the preserve of governments and vastly funded state agencies like NASA, the private sector is now becoming dominant. The size of a satellite has shrunk from a car sized object to not much more than a large laptop. Numerous launch companies have sprung up, the most famous of course being SpaceX and Blue Origin. But the point is these taxi space vehicles are launching hundreds of low earth orbit satellites each month. Very soon it will be almost impossible to make any change on the surface of the earth without observation. Our weather, agriculture, environment, transport and in fact nearly all human activity will be observed all day every day. The oceans of data gathered will transform our knowledge of how our planet works, revolutionize communications, and introduce unimaginable vast new businesses and monopolies. It will become very difficult for any nation to hide anything.

Sometimes I look at long established businesses of great size, such as banks, and wonder what their future is, and maybe the truth is that there isn’t one. I am sure the change will take some time, but to the extent they manage transactions and spreads between savings and credit, the ability to shave off fees is in a one-way downward decline. In the last twenty years it has been fashionable to try to identify companies with strong moats, the moat being the key competitive advantage that protect margin. Moats are sometimes created, e.g. a position of such dominance that it is very hard to conceive of a competitor having deep enough pockets to sustain the losses needed to assault it, or sometimes the result of laws surrounding patents or intellectual property, and occasionally the moat might be created by externalities or even Geography. But the moat dries up fast if a completely different technology makes the whole raison d’etre of an industry redundant. Kodak didn’t have a moat in the end, nor did the typewriter makers. In fact, the flexibility of management to manage profound change may become a moat in its own right.

Jeff Bezos is famous for saying that despite constantly being asked what is going to change in the next decade, he is much more interested in what is not going to change as he can build a business around it. He says people are not going to ask him if they can pay more for his sales, or receive their product more slowly. In the same way I do not think future generations are going to want to eat more meat by killing and butchering more animals if they could find a way to avoid it and achieve a similar result. And that way is coming fast. Plant based protein manufacturers currently have less than 1% share of the meat market, but rapid advances in both plant origin protein and ultimately lab grown ‘meat’ will have a fraction of the environmental impact, resource usage and greenhouse gas emissions.

Whenever change occurs frictions arise with incumbent commercial or even political power bases. As the old order comes under pressure, reaction is to be expected both from defending and dying enterprises or technologies, and from threatened and long-established societal structures. We can already see that even as the world becomes, for now, more nationalistic, and polarised, the resources we humans have to share are not able to be carved up into national pieces. The world’s climate, the temperatures of its oceans, the distribution of jet stream and the management of space, ecology and nature are all areas where national borders have no real meaning except in the impedance of progress.   If we are to survive, one way or another we will have to find a way to agree on the sharing and management of these truly global commonalities.

How should an investor respond? The first thing it to quell the inevitable fear that comes with change and learn to embrace it. Great curiosity has ever been a bedrock requirement for any good analyst.  It is also important to realise that the cyclicality of valuations in emerging technologies doesn’t have much to do with the speed of new progress. And it is this speed, the rate of change and the degree of change that really matters. Just because some stocks may trade at eye watering valuations doesn’t mean we should be complacent or cynical about their potential impact. The second is to really work quite hard at improving one’s own awareness. This is not as easy as it sounds. Reading a report from a Blockchain private equity manager this month it was striking that in his space events were moving so fast that even a quarterly update seemed an eon from the previous quarters letter. So with this spirit of trying to increase our own awareness, and sharing this awareness with you, we’ve decided to put out a series of notes from time to time focussing on these developments. We will keep these pieces quite general and more journalistic than analytical, the point being to stimulate thought more than analyse.   We think it will be good for us, and hopefully interesting for you too, to see a different angle on some of the talk within Cerno.

What shall we do with the Humans?

China capital markets – uncertainties and how to deal with them